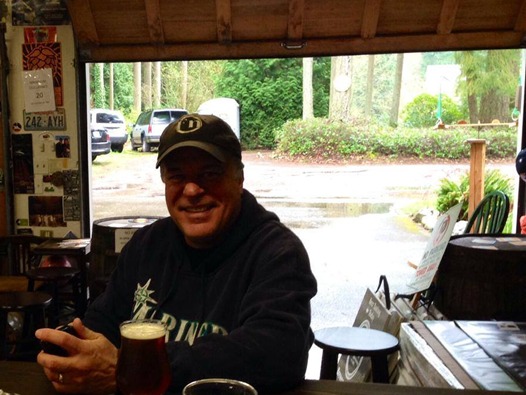 Who is the mastermind behind all of this Foggy Noggin hoopla? Local long-time Bothell resident, Jim Jamison can take the credit. What started out as a gift from Jim's wife (Kim) in 1992, he became hooked on taking brewing beer to the highest level.

Jim's love for beer began at Produce Row Cafe in Portland, OR during the summer of 1979. This was the place for beer. Every beer available for import into the State of Oregon was here. Jim tried each and every one of them and became obsessed. The early 80's started the microbrewery revolution and Jim enjoyed expanding his beer-horizons.

With the craft beer movement in full force, Jim recognized a void in education for the beer enthusiast. Northwest Brew News (NWBN) was born, the region's largest subscription based beer publication took off in 1994 and grew to over 15,000 subscribers by 1997. It became too large and required too much time as a hobby.

Home brewing became a bigger focus after the closure of NWBN. Discussions with the family started in 2007 about commercially brewing the stock-pile of recipes developed over the years. 2008 Foggy Noggin Brewing LLC was issued a Washington State business license and the process began.

2008 and 2009 created tremendous work getting the necessary permits, licenses and overcoming regulatory obstacles. Matc 20th, 2010 was the unveiling of Foggy Noggin Beers to the public.

We are ready for the next chapter.